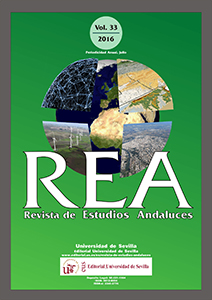 Slightly more than half of the region of Andalusia (South of Spain) is covered by natural areas: forests, shrublands, grasslands or opened unproductive spaces (rocks, sands). In this paper, we present a study of the spatial distribution of forest cover in Andalusia by using the land cover maps of 19562007. We analysed the land cover changes, the processes of land cover changes as gains, losses and persistence, and the processes of transfer between every pair of land-covers. We selected a set of factors to address a first explanation for understanding the spatial patterns of forest cover in Andalusia. The results show that forest cover was kept in mountainous areas, conditioned by factors such as lithology, slopes and gradients proximity to urban areas. On the other hand, it has occurred a huge increase in forest wooded areas because of the consequences of reforestation projects, and also because of processes of forest regeneration, although to a minor extent.